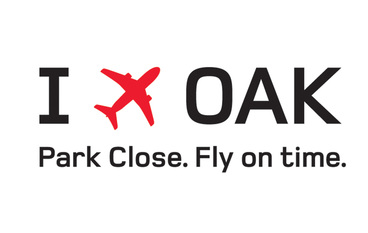 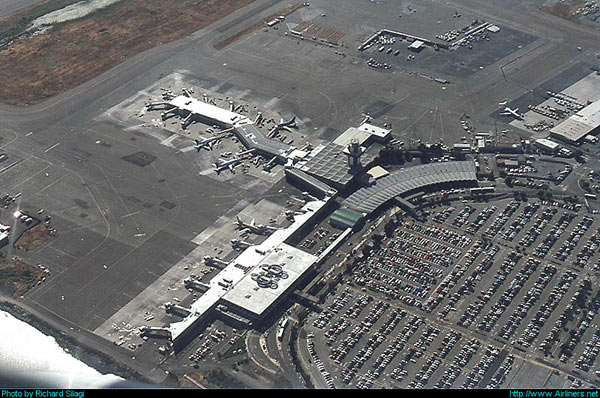 Oakland International has the second greatest traffic of the three major Bay Area airports.  OAK does get some interesting traffic that SFO and SJC does not have, for some of this is attributed to the fact that it does not have the strict noise regulations of SFO and SJC.

OAK is actually two airports in one. The North Field is the original airport and is the field that the General Aviation and corporate aircraft use. Also some of the cargo carriers have their facilities here. The South Field is used by the commercial airliners and is where the passenger terminals are located. Almost all jet traffic and transport category aircraft use the runway (29) at the South Field for arrivals and departures for noise abatement - even if their destination or origin is at the North Field. There is a taxiway that connects the two airports.

The majority of flights at OAK are from Southwest Airlines and FedEx. Both airlines operate hubs at OAK.

There are two spots outside the airport where decent quality photos can be taken of aircraft landing. These two spots are some distance from the terminals and are not within walking distance. You will need to have a car to access these locations.
San Leandro Marina - This spot is good in the morning hours when aircraft are landing on Runway 29. The aircraft are a bit distant here but photos are possible with a good telephoto lens. With a 300 mm lens, an A300 will fill the frame. 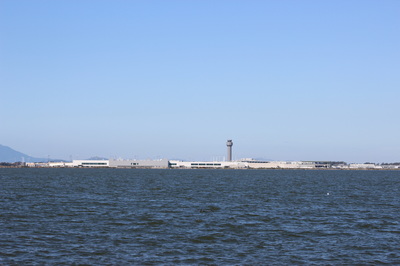 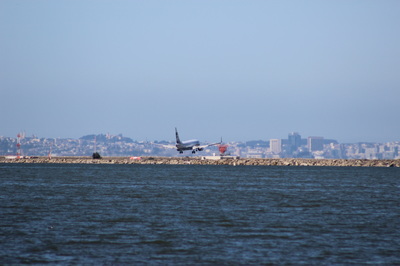 Harbor Bay Business Park - This spot is good when planes are landing on Runway 11. From the airport main exit, turn left on Doolittle Dr. and head north about 2 miles until you come to a traffic light at Harbor Bay Parkway. Turn left on Harbor Bay Parkway and follow it through the business park until it reaches the shores of San Francisco Bay. Once you reach the bay there is a small park along the shore of the bay with benches where you can sit and watch the arrivals. In about the middle of this little park is a levee that you can walk out on which will get you even closer to the arriving aircraft. You can walk out a couple hundred feet until you will be stopped by airport perimeter fencing. From this spot you can also get some wonderful views of downtown San Francisco and the Bay Bridge.
Earhart Road - (This spot is only on Bay Area Spotters) This location is good for taking a photo of the Surf Air PC-12s and most aircraft taxiing to the 28s, along with 28R arrivals. There is a fence between the old Terminal (Surf Air now) and the old Hotel (Civil Air Patrol Building) which has normal-sized chain links, so you may be able to shoot through it. I was undisturbed, but recommend taking the shot and leaving.

To reach the little area, drive along Dolittle Drive (to the airport) and follow the signs. Make an immediate right turn to Earhart Road when you are about to enter 98th Avenue. There is an empty lot there, where the car was parked. Beware of this parking lot , for it is private property.

Also, visit the Oakland Aviation Museum if the weather is not on your side. 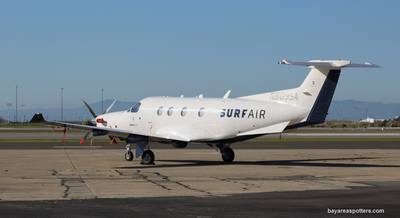 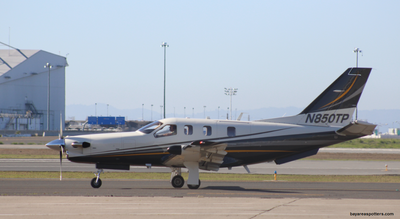