A collection of model airport dioramas recreating San Francisco Bay Area airport scenes, by Andy Payne.
All of these dioramas have been displayed at the SFO Airliner Collectible Show.
Click on the thumbnail to view the full size image.

​Disclaimer: I am not even close to being a professional modeler, and this hobby is purely for enjoyment. 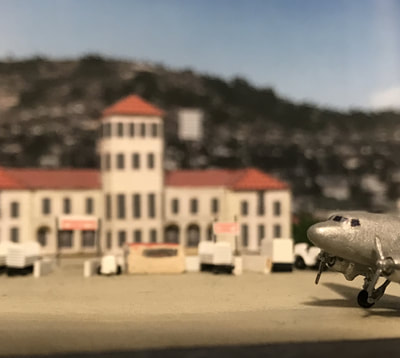 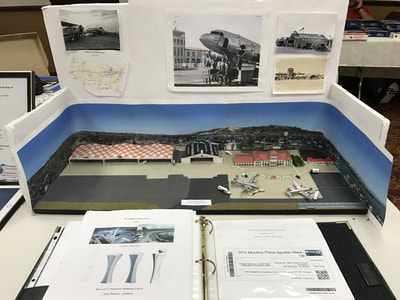 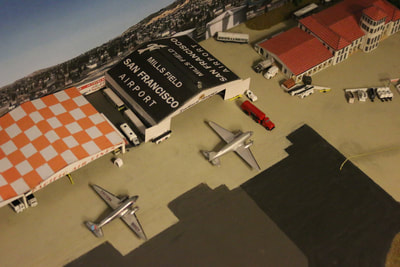 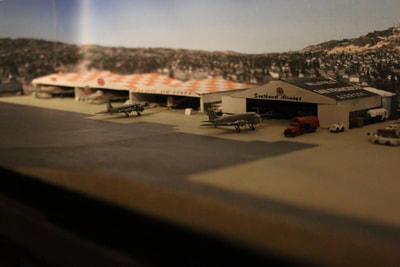 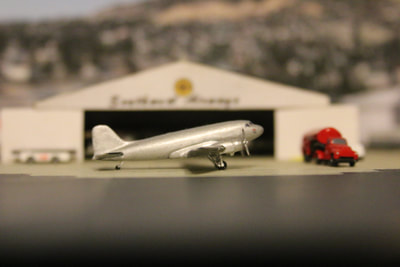 It is my favorite terminal, and as such has been replicated numerous times. There are no less than two separate dioramas of the Central Terminal by myself, and four versions in two scales of the terminal building itself throughout its lifespan. I am not currently satisfied of the quality of my last attempt, so work is progressing on a third 1:400 diorama of this location, made with 3D prints. The Central Terminal was the main passenger terminal from 1954 to 1963. In the 1980s it was converted into the International Terminal and the old Control Tower was added behind the original. In 2010 it reopened as Terminal 2. In 2017-2018 the top floors were demolished (see Tower Tour), and currently a few of the bottom levels remain. One familiar with the history of the terminal can still spot subtle remainders of this distinctive building. Constructed 2014, 2016 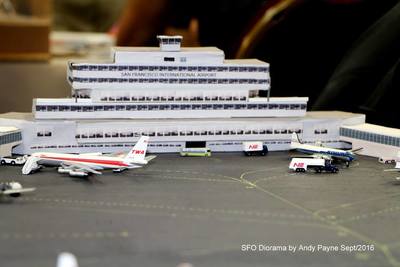 The complete San Francisco International Airport terminal complex as it was in 1995, along with components of the above San Francisco Municipal for historical interest.  In 2015 it represented the 1967-1977 era, but was extensively rebuilt for the March 2017 SFO Show as SFO in 1995. At the March 2018 Show, it represented the final days of the old International Terminal (now Terminal 2) with a portion of the current International Terminal due to popular demand. If one was to study closely, they would find some anachronisms, but this was intentionally done to highlight important times of each buildings' history. Future plans include the new Air Traffic Control Tower, finished International Terminal, and stands showing demolished buildings (timeline style). Scale 1:600, Constructed 2015-2018 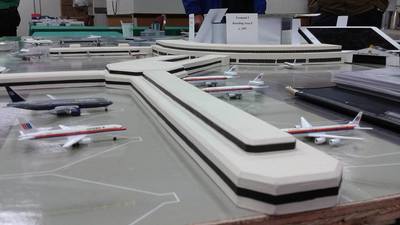 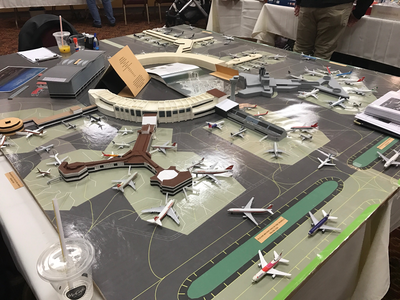 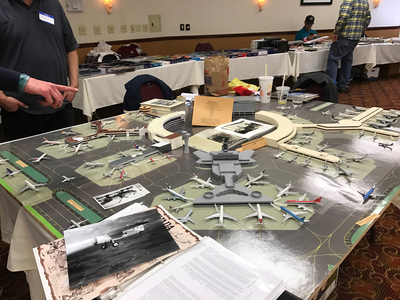 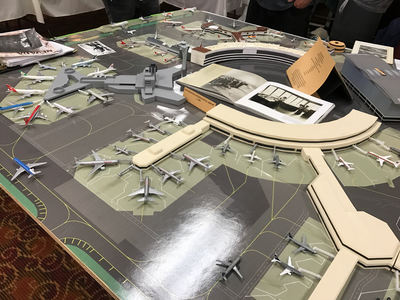 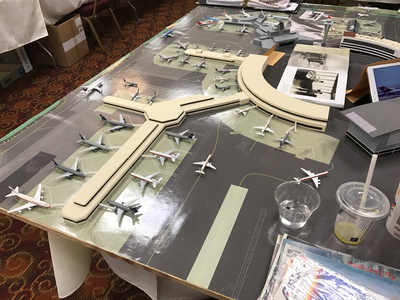 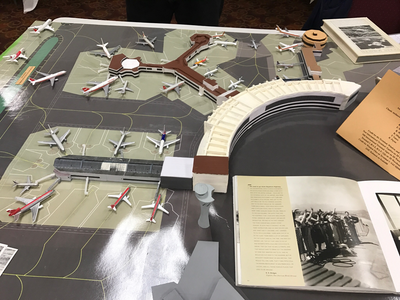 Oakland Airport was the final airport in the diorama trilogy, but it was a healthy historcal challenge, due to its rich and diverse history. The buildings modeled remain today, and the diorama is on long term loan to Civil Air Patrol Amelia Earhart Senior Squadron 188, located in the former hotel (U-shaped building). It was a great honor to visit and experience in person what is left from over 90 years ago. Scale: 1:400, Constructed 2017-2018 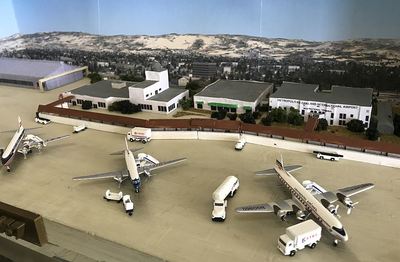 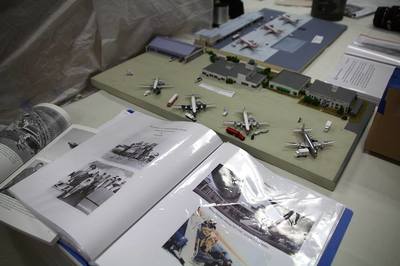 Terminal C was San Jose's main terminal from 1965 to the 1990s. In 1969 it recieved a pier extention (modeled here) which split the observation deck in half (originally the entire terminal was modeled, but the terminal is being redone), and was demolished to make, of all things, parking lots. Its design was too low for a jetbridge, so throughout its history, airstairs were used - a silent tribute to a bygone era. Scale: 1:400, Constructed 2016 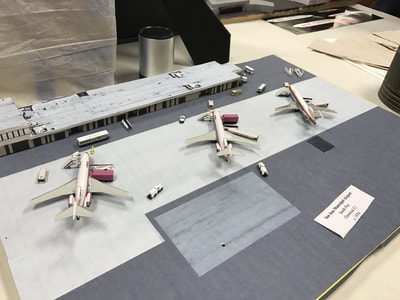 From the movie and book Airport, Lincoln International is Chicago's Airport (for the movie, filmed at MSP), and is the main focus of the works. "Aviation Crossroads of the World" more coming soon... 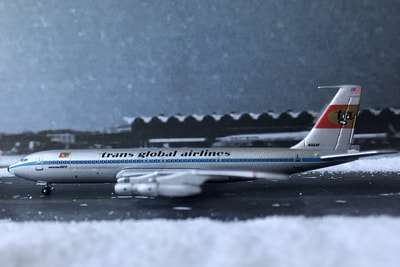