Bay Area Spotters
Pacific Southwest Airlines Douglas DC-3
N14959, mid 1950s, By William T. Larkins via Ed Coates Collection. Pacific Southwest Airlines was born on 6 May 1949 when Kenneth G. Friedkin commenced services from San Diego to San Francisco using a single DC-3.   By 1952 the fleet had grown to four DC-3s. The photograph above was taken by William T. Larkins at Oakland in the mid 1950s after the airline had begun serving that city from Los Angeles. In all, a total of  ten DC-3s were to be operated by the airline from 1949 until they were phased out in 1960.
​ 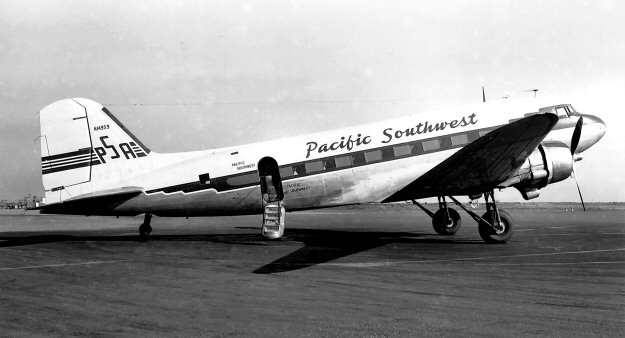