You can view his massive collection here. 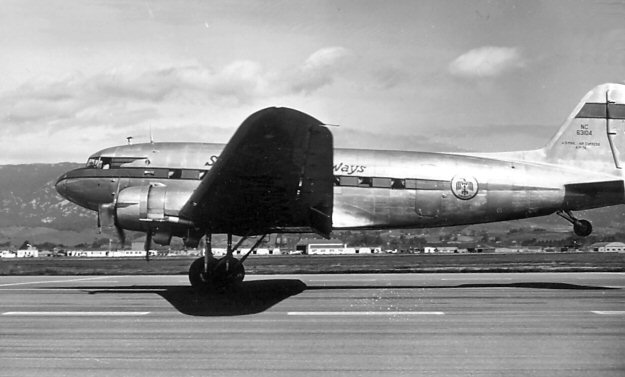 Southwest Airways (no relation to the currently highly successful Southwest Airlines) was founded
in 1946 in San Francisco.  It provided service initially to Los Angeles and Medford, with intermediate
stops and specialized in quick turn-around operations ("two minute stops") at minor stations.  In fact,
the integral built-in stairs, which became a regular feature on many third level carrier's DC-3s was first
developed by Southwest.  The two rare shots in this entry show (above) NC63104 (an ex C-47A-DL)
in the late 1940s at a very undeveloped SFO, and a close-up of the integral stairway.  Southwest actually
developed the idea of a purser issuing tickets on board, but never exploited the concept..  Years later the
practice was taken up by other airlines culminating in the highly successful Washington-New York-Boston
Shuttle. 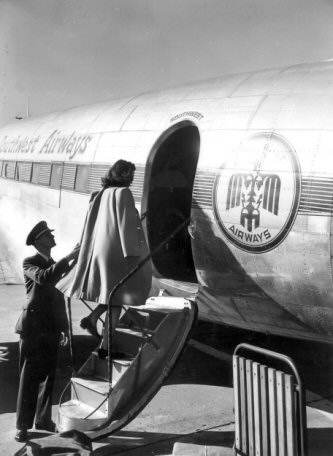 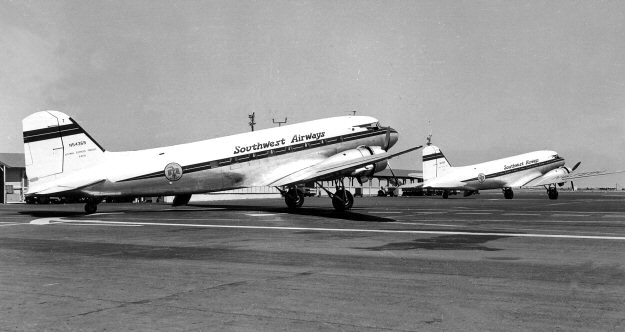 Here's nice shot of two, now white-topped, Southwest DC-3s at San Francisco Airport in the
early 1950s.   The furthest machine is N67590 (c/n 20191).  Both were ex military C-47A-DLs.
By this time the airline was serving some 40 small communities from San Diego to northern
California with innovative half-fare family plans. . 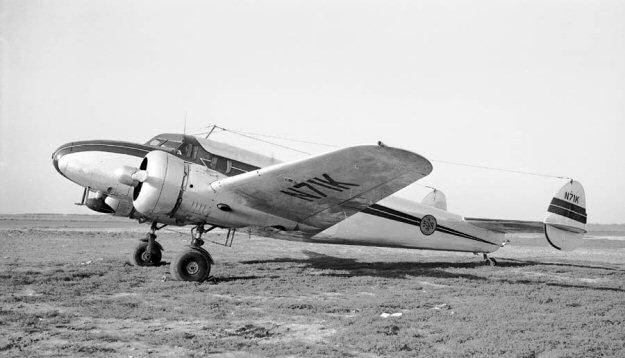 This aircraft was formerly with California Central Airways.       SWA appears to have acquired it
around 1955.  William Larkins' shot above was taken at San Francisco at that time.  I doubt it was
used on scheduled services, although possibly was in limited service to back up their DC-3s. .
This Electra Junior is currently at Disneyworld in Orlando, where it is masquerading as the "Lock-
heed from the Movie Casablanca".     (In actual fact, that machine was almost certainly NC17376
-   c/n 1220). 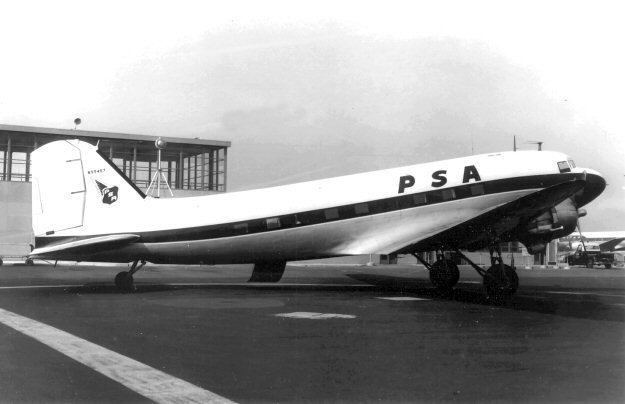 By the early 1950s Pacific Southwest Airlines was known universally as PSA.  Many passengers
did not even know (or probably care) what the initals stood for.     This also was the era of the
impossibly tiny registrations painted on the fin.   This DC-3 was built as a US Navy R4D-1 (BuAer
3134) and civilianized in 1948.  PSA sold it off to Piedmont Airlines as N57V.  This shot was taken
at San Francisco, circa 1952. 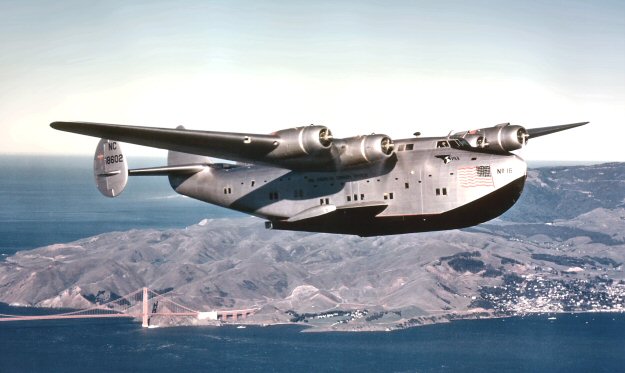 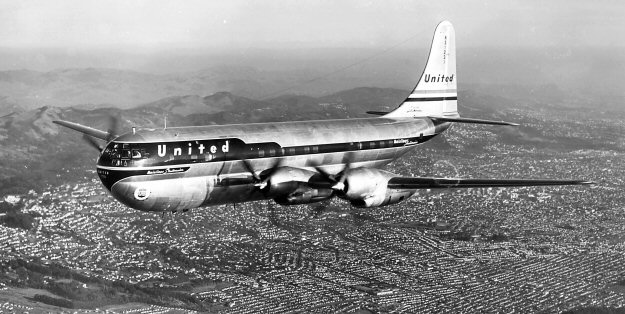 In 1949, United acquired a fleet of seven Boeing Stratocruisers, specifically for the Hawaii to main-
land routes.  Passengers loved them - they were fitted with a full cocktail bar aft.  This was the last
one (delivered in January of 1950) and was named "Mainliner Kano".   Unfortunately for UAL,
these magnificent airliners were costly to operate and only profitable on long international segments.
As a result, the fleet was sold to BOAC in 1954, this one becoming  G-ANUC.       The nice color
image below is from the William T. Larkins collection, and may depict the ill fated N31230 which
crashed into San Francisco Bay on 9 December 1951 after stalling during crew training.